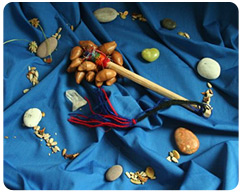 Shamanic traditions are varied, but they all have in common an animist vision of the world, where the human is considered as a being amongst other natural manifestations, not different in essence, from the plants, animals, elemental forces or indeed any living manifestation. According to this vision, the Universe manifests at four levels: The physical level (body, matter), the mental level (thought, mind), the mythical level (dream, images, sounds) and the energetic level. Energy flows constantly throughout these four levels within our body and interacting with the world around us (other people, Natural Elements, institutions etc). Energy can be lost or blocked at any of the four levels: physical, mental, mythical or spiritual bringing about imbalance in the individual leading to physical, psychological, emotional and spiritual illnesses.

In shamanic Cosmologies, all Natural manifestations are living beings and have a spirit, the sea, the wind, fire, ocean, plants, rocks… everything is alive and has a consciousness, just a different consciousness than that of the human mind. But it is possible to develop a relationship with these beings… plants, trees, unseen spirits, ancestors… and this is what the Shaman does.

The Shaman is an individual with unique abilities to use his body to constantly circulate and interact between these four levels of manifestation and therefore can address energy blockages, energy loss and rebalance. The Shaman has spirit allies and the spirit of Nature to assist his healing. Indeed, all his power comes from Nature, and depending on his/her cultural background and natural environment he will use different aspect of Nature, flowers, plants, Natural Elements (rivers, wind, fire, water etc.) but also animals to heal. Shamans work through their body and through the intimate relationship they development with their ritual instruments, their main aim is to bring back balance. 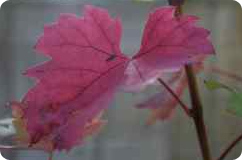 The central concept of health and wellbeing in shamanic medicine is based on Energetical Balance and the belief that any illness (physical, mental or emotional) is brought about by either a loss of energy or an intrusion of too much energy.

When individuals go through trauma, in order to survive a part of their spirit (soul or vital energy) breaks off. In Western psychology this would be describe as disassociation and this happens originally as a way of surviving a traumatic and unbearable situation (see Spirit Retrieval For other examples of Spirit loss). Through the hole or emptiness left by the loss of spirit, an individual becomes more vulnerable to intrusive external energies (that of malignant people, or difficult and stressful environments). The imbalance is twofold, lack of spirit and invasion of foreign energies.

Sometimes it is the opposite : an invasive energy (malevolent spirit in some cultures, or a negative relationship in the West) may intrude first and provoke a spirit loss (a bit like a stone dropping in a glass of water would bring some water to overflow). Most of the time, these energetical movement are simultaneous, not linear and greatly influenced by our state of mind, our mental reaction to changes, the context we live in etc. 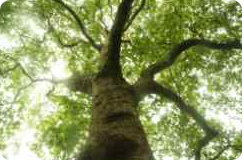 The work of the Shaman is to bring back the lost soul and extract the foreign energies. Because the shaman has the ability through his/her body to travel through the four levels of manifestions, he/she can see, feel, experience where the lost spirit is and blow it back into the individual’s body. The place where the Shaman travels is the energetical mythical field (sometimes viewed as the underworld, or the upperworld, or the collective unconscious) where he/she can communicate with the spirits and energies and see how the spiritual (energetical) story of an individual unfolds.

Ecopsychology, the integration of Psychology and Shamanism

Another word you can use to talk about the Spirit or Spirits is simply use the word energy. And indeed, very acknowledged scientific fields, system theory, quantum physics, deep ecology describe the universe as a self-organising system, ‘cells, bodies, ecosystems, the planet itself--are not just a heap of disjointed parts, but are dynamically organized and intricately balanced "systems," whit each element being part of a vaster system’ (Joanna Macy).

Shamanic Medicine is based on these observations. Traditionally Psychology occupies itself with understanding how humans function, mostly how our behaviour, our emotions and thoughts are linked. Different forms of psychotherapy emphasise different aspects.

The shamanic approach adds an extra dimension to this approach, in that it takes into account the energies that flow through our bodies and how the energies that are the basis of all creation influence our beings. By focusing on energies the Shaman has then the possibility to reach all dimensions of the human being.

Ecopsychology is western concepts describing a holistic way of healing individuals which take into account these ancient principles and visions of the world, now acknowledged in the Academic fields as James Hillman says ‘ Psychology, so dedicated to awakening human consciousness, needs to wake itself up to the one of the most ancient human truths: we cannot be studied or cured apart from the planet’.

The aim of Ecopsychology as I practice it is to support individuals, groups and communities to find their balance through rediscovering their homeostatic relationship with Nature.